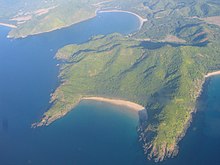 Bucana is located in the north of El Nido and is both a name of a town and a barangay. El Nido is politically subdivided into eighteen barangays. Four of which are situated in the Población (town proper), and are also known by their respective zones. 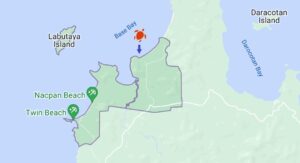 Of the 18 barangays, Bucana is the biggest one in El Nido. Its population as determined by the 2020 Census was 5,706. This represented 11.30% of the total population of El Nido (Data are from the Philippine Statistics Authority). Bucana shares a common border with the barangays Barotuan, Teneguiban and San Fernando.