Underground River one of the New7Wonders of Nature! 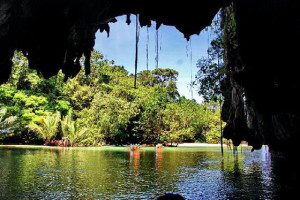 “This confirmation is wonderful news for Puerto Princesa, and a great example of how now its more fun to be in the Philippines,” said Mayor Hagedorn. “World-wide exposure of our natural beauty on this level is critical both for tourism and for our image nationally and internationally.”

This entry was posted in Palawan and tagged Its more fun in ..., New7Wonders of Nature, Puerto Princesa, Underground River. Bookmark the permalink.