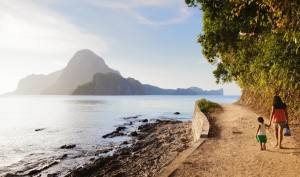 In their Top 10 Countries to visit in 2014 Rough Guides puts the Philippines on the 10th spot. This is their reasoning:

In the wake of the terrible devastation wreaked by Typhoon Haiyan, tourism has become even more important to the Philippines, bringing crucial support to the economy. An estimated 97% of the country remains unaffected, including Boracay and the southern parts of Cebu. Though the Philippines boasts a dazzling array of pristine reefs, volcanoes, sleepy backpacker islands and the famed rice terraces, the country mostly remains off the beaten path, despite being relatively safe for travelers – flare-ups of political violence (mainly in Mindanao) are easily avoided. New direct flights from London to Manila mean that it’s now even easier to get there from the UK.

This entry was posted in Philippines and tagged Rough Guide, top 10 countries. Bookmark the permalink.