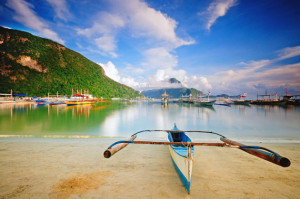 The Philippines was named the “Best Tropical Island Destination” by the Shanghai Morning Post January 7, the Department of Foreign Affairs said. The award was based on a consumer survey done by the Chinese New Daily and Shanghai QQ.com, one of the biggest social media platforms in China. The DFA said the award affirms the Philippines’ reputation as an “exciting and fun destination for the ever growing Chinese outbound travelers.” Growth in Chinese tourist arrivals, it added, may be attributed to the aggressive “It’s More Fun in the Philippines” campaign as well as expanded air access. Direct flights are now being mounted from different cities in China to the country’s top destinations including Boracay, Clark, Laoag and Cebu. DFA added that there are plans to open chartered flights to Legazpi, which will be anchored on Misibis Bay, as well as Puerto Princesa and Bohol.

This entry was posted in El Nido, Palawan. Bookmark the permalink.